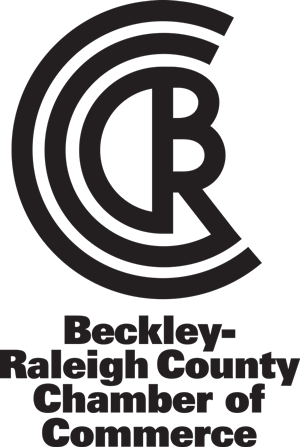 On moonless nights, eerie cries are said to descent from the heights of Coal River Mountain. Some attribute them to bobcats and panthers. Others say they’re the mutterings of the ghosts of Indians. Either could be. Big cats still inhabit the far reaches of the county, and Indians made their way through the region into the 1700s. Their warpath crossed the county form north to south, passing through what is now Beckley. According to legend, Shawnee braves painted trees thereon with the blood of their victims. Their route was known as the Paint Creek Trail.

When Alfred Beckley arrived in the 1830s to develop his ideal town, the Indians were long gone, but their trails remained. They had become wagon trails. An engineer, Beckley understood that the terrain forced all roads to follow these paths. As the nation pushed west, “Beckleyville” became a noted stop, but without industry it remained a farm community.

In 1901, years after Alfred Beckley’s demise, the Industrial Revolution dawned across the sleepy farmland. Railroads reached into the county. Forests were timbered, mines opened everywhere, and the coalfields boomed as workers moved into its remote western wilderness.

Through the 1950s, workers from outlying towns migrated into Beckley where Alfred Beckley’s overland trails had brought into existence an important commercial center, handling the region’s trade.

Into the 1980s, the market for coal continued to boost the county economy, but mechanization led to the loss of thousands of jobs. Today, Raleigh Countians depend on their location at an interstate junction, and on the region’s natural beauty, as a means of invigorating their economy.

Named for English explorer Sir Walter Raleigh, Raleigh County was created in 1850 from the southern half of Fayette County by an act of the Virginia Assembly. Alfred Beckley was among its proponents.

A Century of Change
Small farm towns peppered the Raleigh County uplands by 1890. Tiny Beckleyville was no more than a courthouse – designated “Raleigh.” By 1920, railways had reached into the highlands from the north and south, following streams such as Piney Creek into the county’s interior. Massive forests of white pine, for which the creek had been named, once covered the eastern half of the county but by the 1920s had been completely transformed in farmland.

The robust success of a war-era boomtown comes alive in the architecture of its courthouse square and old business district.

1742 – John Peter Sally was the first known European to visit the region.

1838 – General Alfred Beckley founds Beckleyville. Alfred’s father, John James Beckley, was Clerk of the House of Representatives during the presidencies of Washington and Jefferson and was the first Librarian of Congress. His signature appears on the Bill of Rights.

1850 – Raleigh County is established, with Beckleyville as its seat of justice.

1852 – The first Raleigh County Court House is built on a square provided by Alfred Beckley.

1891 – Raleigh County’s first coal mine opens on the Chesapeake and Ohio Railroad in the New River Gorge.

1899 – The Bank of Raleigh becomes the community’s first bank.

1912 – Fire destroys much of the town west of the courthouse.

1950-1969 – As demand for coal decreases, area parks, tourism, and highways are developed.

Courthouse Square – Volunteers of the 23rd Ohio Infantry camped here during the occupation of Beckleyville in the spring of 1862.

Davis Cottages – here at the site of the Foster’s Hardware Building stood the cottages of “Granny” Davis, who begrudgingly hosted future presidents Hayes and McKinley during Union occupation of the county seat.

Hull House – On May 21, 1863, artillery, infantry, and cavalry were posted here by Gen. John McCausland to impede the advance of Union troops.

Keffer House – On this property stood the residence of Sammuel Keffer. It was used by Col. Rutherford B. Hayes as quarters during 1862 and also as a Union hospital.

Wildwood – Across from Wildwood Museum, on April 18, 1862, this area served as a camp for the 23rd Ohio Volunteer Infantry. During the fall of 1861, the area may have been used by the Confederate troops under the command of Gen. John B. Floyd as a staging area.

Beckley Exhibition Coal Mine & Coal Camp – Travel beneath Beckley on a ride through an authentic 1800’s coal mine. Veteran miners guide restored “main trip” cars 1,500 feet beneath the surface, providing visitors a memorable journey through the history of low-seam mining. The mine first opened as a tourist attraction in 1962. Visitors may wander through the restored coal camp that features a church, museum, miner’s cottage, country school, and a spacious superintendent’s residence. The mine and camp are located within New River Municipal Park and are open April through October. Call 304-256-1747 for more information or reservations.

The Mountain Homestead & Youth Museum of Southern WV – Explore West Virginia’s settlement period at The Mountain Homestead, adjacent to the Beckley Exhibition Coal Mine. A rebuilt farm of the 1860’s features a homeplace and associated buildings in which settlers performed their labors. The Homestead complex is part of the adjacent Youth Museum of Southern West Virginia. Call 304-252-3730 for more information and reservations.

Wildwood Museum – The white, clapboard home of Beckley’s founder, Alfred Beckley, stands along the historic main route through the city. General Beckley occupied a cabin at this site upon his arrival in the wilderness in 1833. Guided tours of the modest plantation and nearby family cemetery are provided weekends during the summer. Call 304-256-1747 for more information and reservations.

The Raleigh County Veteran’s Museum – West Virginia traditionally sends more natives per capita into war than any other state. The history of the region’s veterans is presented in this museum located on WV Route 3, west of the courthouse square historic district. Call 304-253-1775 for more information.

Theatre West Virginia’s Historical Outdoor Dramas – West Virginia’s tumultuous history is relived on summer evening through the outdoor musical dramas “Honey in the Rock” and “Hatfields & McCoys.” Honey in the Rock opened in 1961 and is the nation’s oldest Civil War drama. Off I64, 15 minutes west of Beckley; the dramas are performed by Theatre WV in the National Park Service’s amphitheater at Grandview. Call toll free for more information or reservations: 1-800-666-9142.

The Beckley Courthouse Square Historic District was placed on the National Register of Historic Places on August 31, 1994.

Once a shady residential avenue, Neville Street was transformed into a busy commercial street in less than a decade – as result of the wartime demand for coal production in the early 1900’s. The street was lined with shops, from furniture to shoes to department stores. It is named for the family of Alfred Beckley’s father-in-law, Neville Craig, editor of the Pittsburgh Gazette.

1918 Parade Mural, corner of Neville & Heber Streets – The view down Neville Street on Independence Day 1918 is captured in this historic mural.

Elk Lodge Hall, 200 S. Heber Street – The Beckley Lodge No. 1452 Order of the Elks was chartered in 1922. The building is a prime example of simple Are Moderne architectural style popular during Beckley’s prosperous years.

First United Methodist Church, 217 S. Heber Street – A rare example of romantic Gothic revival, this tall sandstone church embodied its congregation’s pride in 1925 as being one of the state’s oldest.

Shoemaker Square – Part of Heber Street was closed to build this mini-park, named after a former mayor. The park is site of several local events and offers seating, a gazebo, fountain, and memorial brick wall. A one-mile walking trail marked along the sidewalks begins here.

Named by Alfred Beckley for his maternal cousins, Clarkson and William Prince, today’s busy avenue was once considered a back street, the rear entrance to the courthouse. Several African-American lawyers and merchants opened shops and offices in the early days. The buildings lining Prince Street are more recent commercial structures. Most were built in the 1930’s

Beckley Feed & Hardware, 405 Prince Street – Established in 1926, one of the oldest businesses on the street. Past exciting promotions included a “free chick day” in 1938 and “Ike & Mike” pig competition in 1946.

Corner of Main & Heber Street – Past home of a bank, The Vogue, and G.C. Murphy.

Wooton Law Firm, 210 Main Street – One of the few examples of Victorian commercial architecture in Beckley, the building has been restored to its original 1910 condition.

Raleigh County Courthouse, 215 Main Street – The county’s third courthouse, built in 1936, stands on the lot that Alfred Beckley deeded for a courthouse square in 1850. The present building has parts of an earlier courthouse, a modest Victorian brick. The building was designed by L.T. Bengston, one of the state’s prominent architects during the mid 20th century.

United National Bank, 129 Main Street – United National Bank anchors this multi-story office building, which opened as the Raleigh County Bank in 1907. The bank with the historic clock has a penthouse boardroom overlooking the town.

The Law Building, 130 Main Street – Beckley law and accounting firms have gravitated toward this former bank building, opened as the Bank of Raleigh in 1915.

Old Raleigh Register Building, 123 Main Street – A newspaper office until 1937, then a newsstand until the 1970’s.

Foster’s Hardware, 121 Main Street – Now a restaurant, Foster’s Hardware long occupied this commercial building. The interior is intact, much as it was when it was a hardware store, complete with mezzanine and tin ceiling. Presidents Hayes and McKinley briefly stayed in the Davis cottages at this site during the Civil War.

Old Beckley Hotel, 100 Main Street – Travelers had been provided for at this time-honored corner since the region was settled. For many years, the towers of the Hull Hotel watched over the wilderness roads that approach at Beckley. The present hotel building was completed in 1913 and is now a senior citizen apartment complex.

First Christian Church, 119 N. Fayette Street – Local sandstone was used in the construction of this church dedicated June 16, 1918. After a major fire in 1945, the sanctuary was remodeled.

Traditionally the main north-south route through central Raleigh County, Kanawha Street was little more than a wagon road when Alfred Beckley arrived in 1833.

Beckley Presbyterian Church, 203 S. Kanawha Street – One of the world’s finest pipe organs fills the rear wall of this Classical sandstone church, built in 1927 as the church’s second home.

Beckley Municipal Offices, 409 S. Kanawha Street – Opened in 1964, the modern architecture of the 1950’s characterizes the optimism of the Age of Transportation.

Carter Hall, 320 S. Kanawha Street – A residence on this property was used as a Union hospital. The first public high school in Beckley was established here n 1918. The building later housed Beckley Junior High and is now part of Mountain State University.